Above we see its position against the predited position (red sqare) in Astrometrica.

This is an easy target because of its ~16mag.

Below a small animation showing it's movement in ColITec. 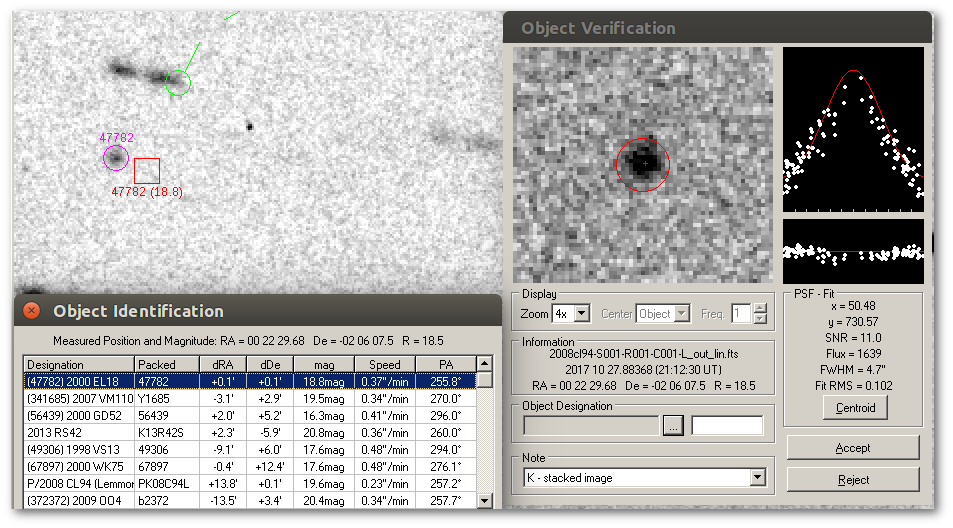 Almost on it's predicted position, only a tenth of an arcsec in both RA & Dec.